Since the early 1970s, I have produced some 1,500 geological, geotechnical and groundwater reports for industry, private clients, and local and state government in Tasmania. Most are unpublished and their content is usually unavailable to the general public. However, about 120 unpublished and published reports for the period 1970 – 1981 were produced when I was an engineering and groundwater geologist with the then Tasmanian Department of Mines. They are listed and can be viewed and downloaded from Mineral Resources Tasmania.

Other later published reports include

A history of the Cromer family in Tasmania from 1855 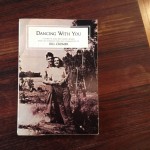 Dancing with you. A story of June and Geoff Cromer 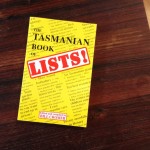 The Tasmanian Book of Lists!

I have a handful of originals left.
Now quite rare. 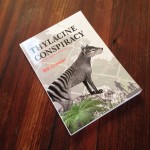 Thylacine with its original dustcover (yuck!) is available from Amazon as a very rare $343 used hardcover (only about 5 were produced) or used paperback ($17). New paperback copies with Jane Burrell’s lovely dustcover are available from a handful of very select outlets in Tasmania:

For serious researchers, here’s a very comprehensive database on all things thylacine.

There’s a great read on a fictitious send up of a secret Tas Govt facility constructed near Weldborough holding thylacines for breeding….It’s called ‘Thylacine Conspiracy ’ by Bill Cromer [2003]. The book should be a Tasmanian best seller.

Thylacine Conspiracy by Bill Cromer. Another re-read for me… This is a gripping tale about Australia’s extinct (?) marsupial wolf the Thylacine or Tasmanian Tiger. Are they really extinct or is there a secret colony out there and what would you or the government do to protect them. If you found them would you reveal it to the world earning fame and fortune or would you let them be so this wonderful animal can try and survive?? All Australians know about them and I think most of us secretly wish there were some still out there, and this story lets us dream about that. 3 stars from me.

I admit it—before I read this book, I had no idea what a thylacine was (or is, depending on whether you believe they still exist!) … Bill Cromer does a fantastic job getting his reader caught up in the conspiracy story, keeping the suspense alive until the very end. He also pulls the reader into the entire debate of whether this creature — aka “Tasmanian Tiger” — really did die out in the 1930s, or if it’s still alive somewhere in Tasmania. And lest you think this is only for those readers “Down Under,” this U.S. reader loved it! (It even made me want to find out more about the elusive thylacine.)

THYLACINE CONSPIRACY, by talented writer Bill Cormer (sic!), is such a thrilling story… I have discovered another great writer to add to my “MUST READ” list. If you are a fan of this thrilling genre then “THYLACINE CONSPIRACY”, is definitely a book you will not want to miss. I have no doubt you will enjoy this story as much as I did! (Highly Recommended!)

Enjoyable novel, makes for a good light reading book.  And, unlike most of the other thylacine novels, doesnt make you so depressed you want to slit your wrists.

My son-in-law likes the Tasmanian Devil so much that he just had to buy this book … and I’m glad he passed it on to me. It was a very exciting fictional read, based on real facts. The fate of the THYLACINE remains a mystery to this day. An exciting adventure that will intrigue you long after reading Cromer’s book. Highly recommended. 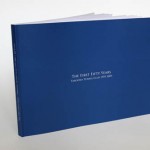 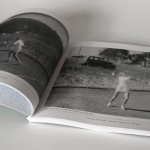 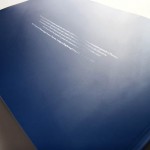 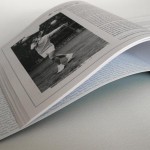